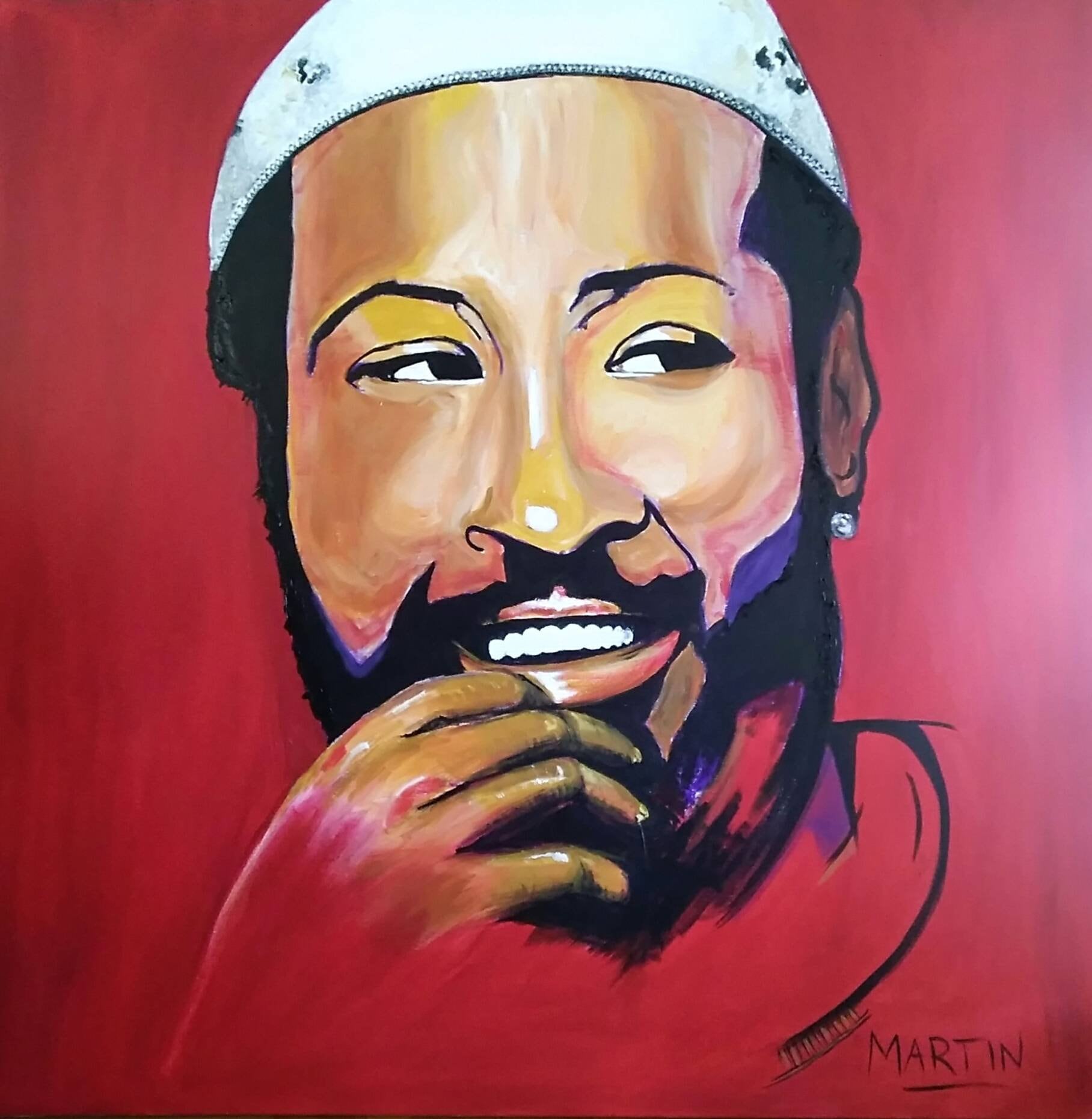 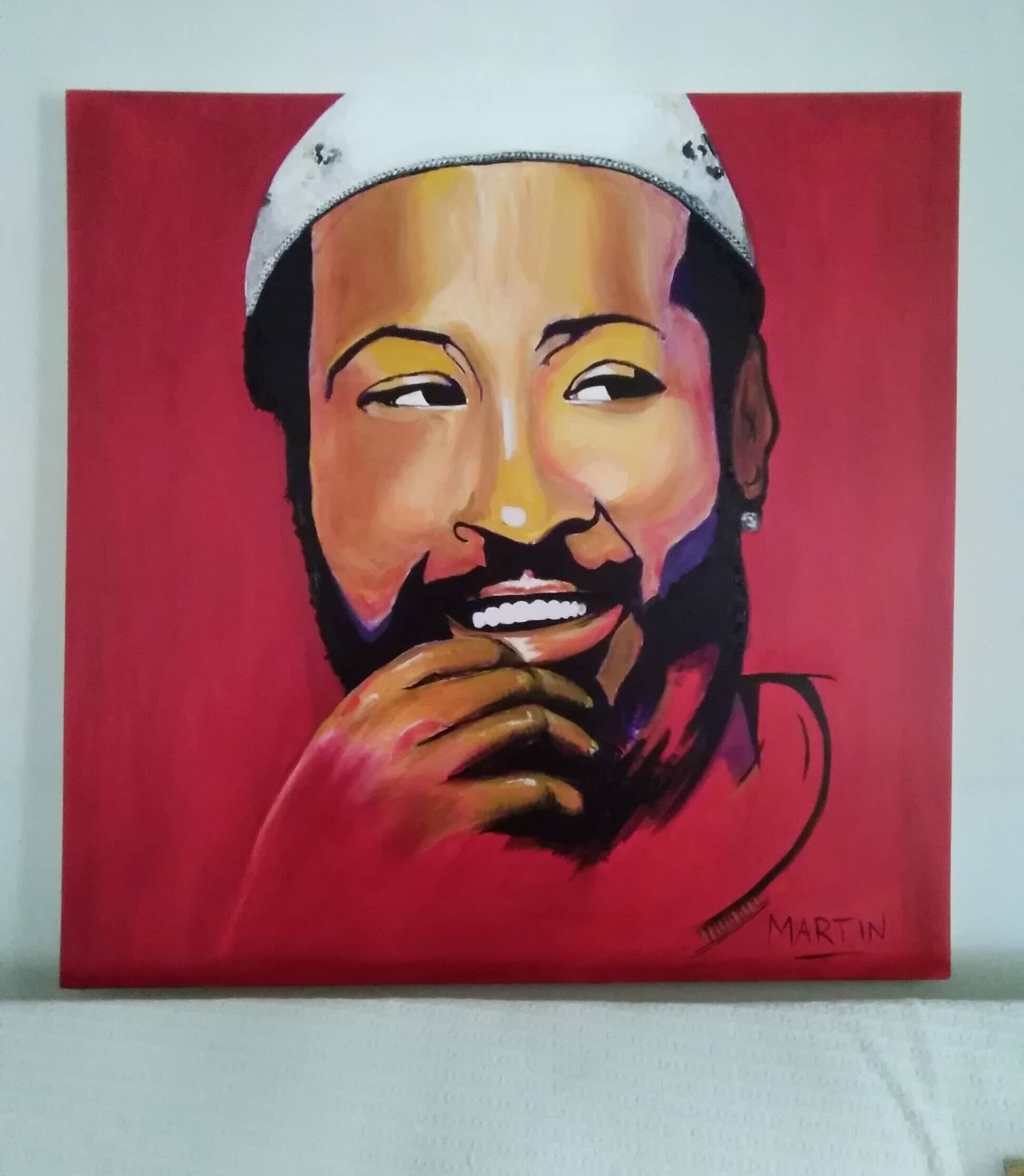 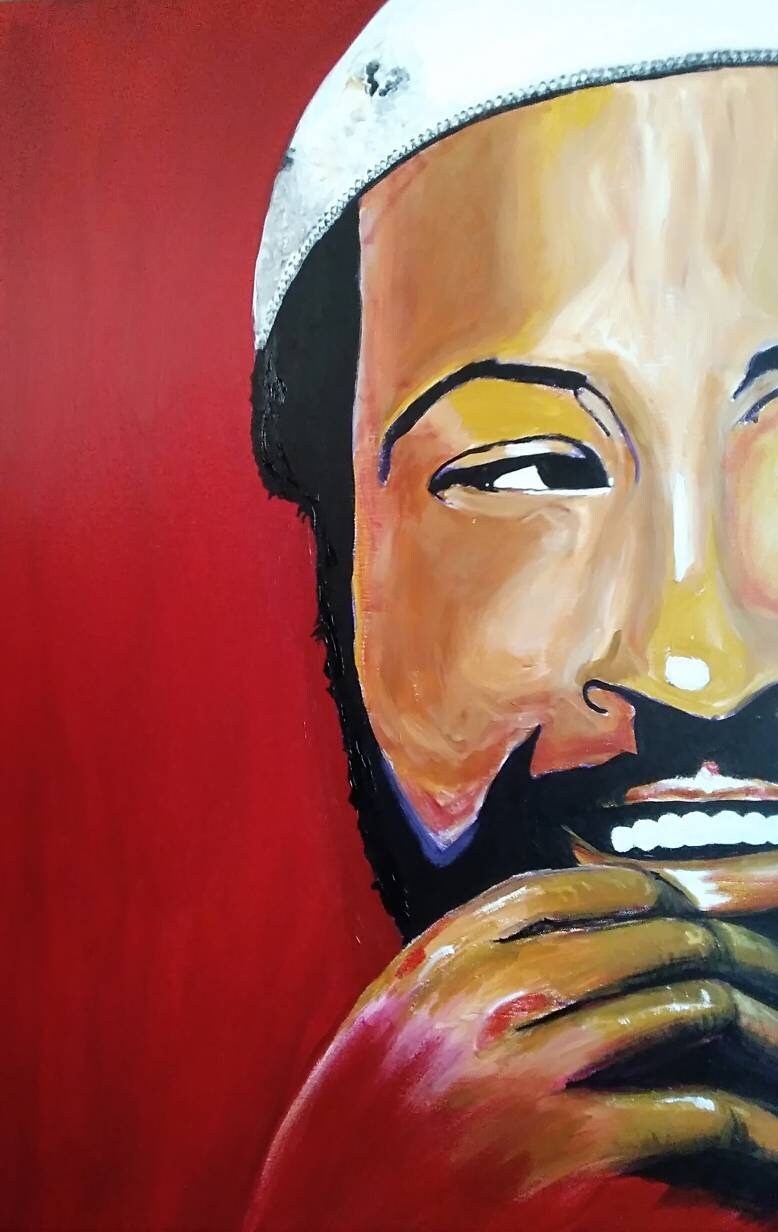 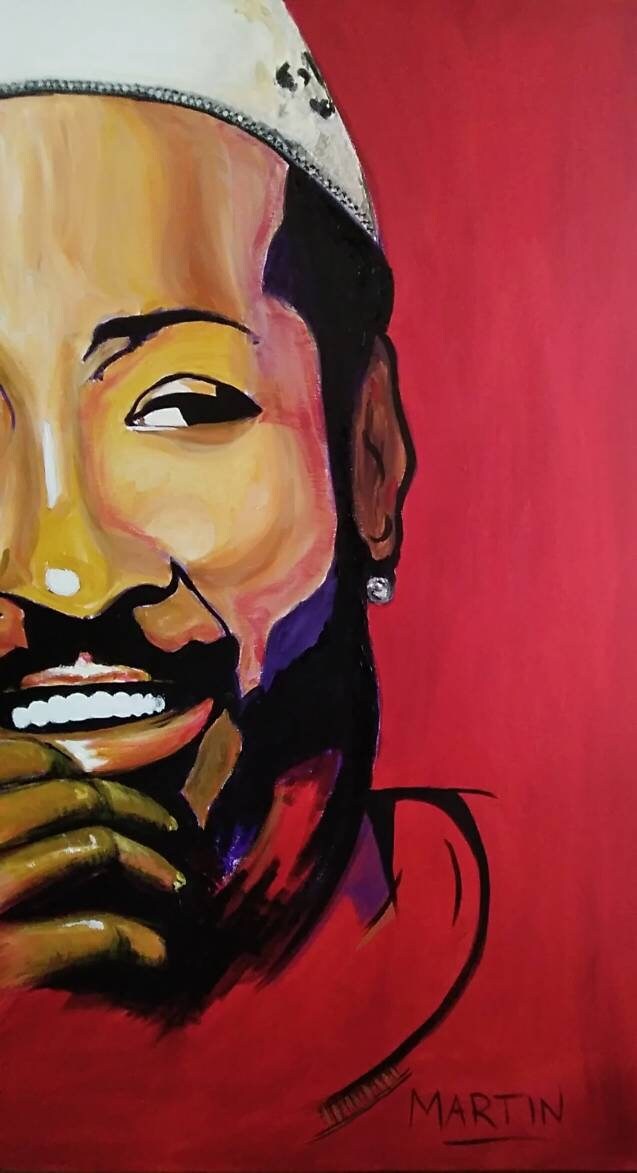 Marvin Gaye portrait acrylic on canvas 1mt X 1mt.
The art work will be rolled up and put in a strong protective cardboard tube delivered FREE anywhere in the world.

Marvin Gaye (born Marvin Pentz Gay Jr.; April 2, 1939 – April 1, 1984)[1] was an American singer, songwriter and record producer. Gaye helped to shape the sound of Motown in the 1960s, first as an in-house session player and later as a solo artist with a string of hits, including "Ain't That Peculiar", "How Sweet It Is (To Be Loved By You)" and "I Heard It Through the Grapevine", and duet recordings with Mary Wells, Kim Weston, Diana Ross and Tammi Terrell, later earning the titles"Prince of Motown" and "Prince of Soul".

During the 1970s, he recorded the albums What's Going On and Let's Get It On and became one of the first artists in Motown (joint with Stevie Wonder) to break away from the reins of a production company. His later recordings influenced several contemporary R&B subgenres, such as quiet storm and neo soul.[2] Following a period in Europe as a tax exile in the early 1980s, he released the 1982 Grammy Award-winning hit "Sexual Healing" and its parent album Midnight Love.

I gladly accept returns and exchanges

Ship items back to me within: 30 days of delivery

But please contact me if you have any problems with your order.

The following items can't be returned or exchanged

Because of the nature of these items, unless they arrive damaged or defective, I can't accept returns for: